Brenda Hoster, a retired U.S. Army sergeant major, sheds tears as she relates her experience of sexual harassment by Sergeant Major of the Army Gene McKinney. McKinney was the highest-ranking enlisted man in the Army before he was relieved of duty pending investigation of Hoster’s allegations. Hoster asserts McKinney propositioned her, kissed her without permission and touched her in a suggestive manner. She retired from service after her initial reports of the incident were ignored 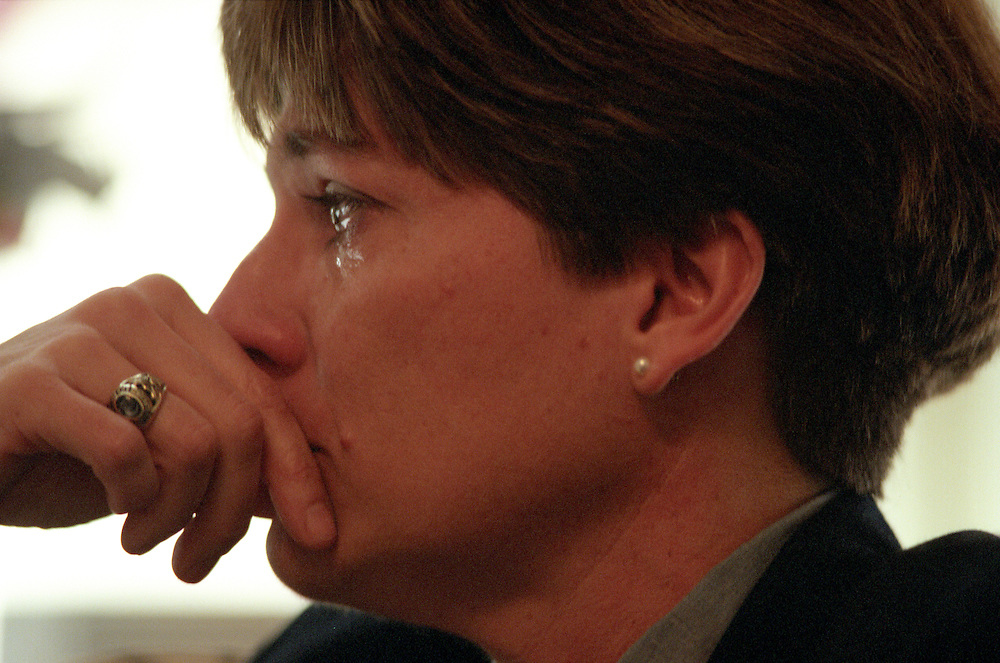