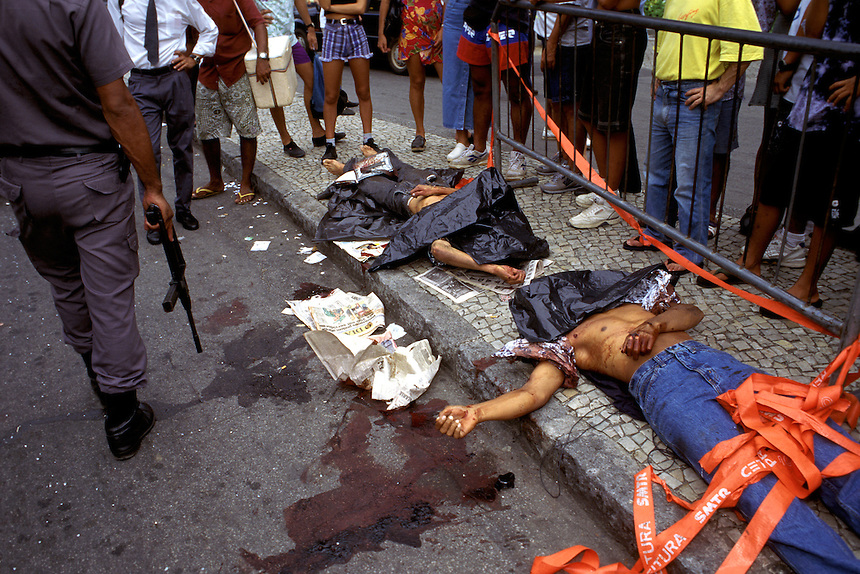 Crowds form around the bodies of two thieves killed by Rio de Janeiro state police after the men robbed a nearby pharmacy. One police officer was charged with murder in the illegal street-side executions which were captured by TV cameras at the scene.