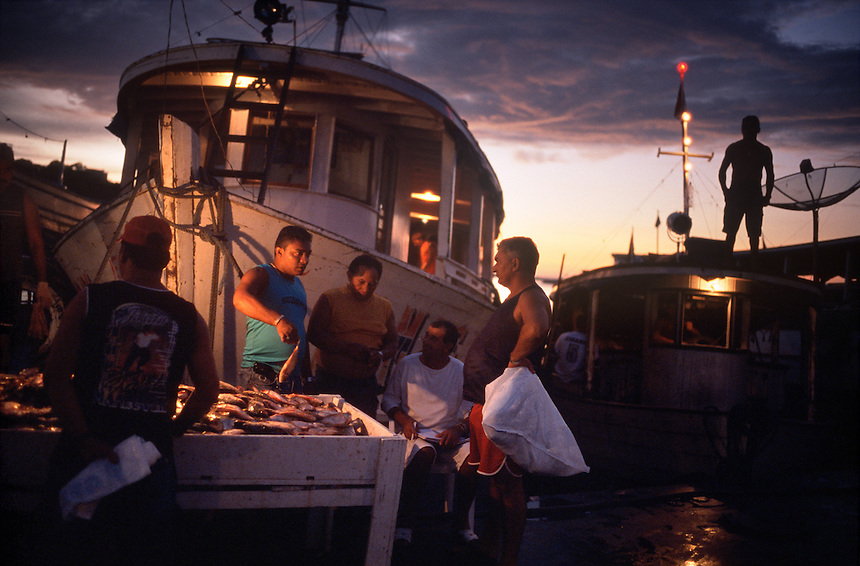 Amazon river fishermen sell their waress at the Panair docks in Manaus, Brazil, Monday, January 9, 2006. Fishmongers from the city's public markets arrive in the wee hours of the morning to buy their stocks for the day directly from the boats. The Amazon river system boasts more different species of fish than the Atlantic Ocean, but as population increases, so does the pressure on fish stocks in the vast river. (Kevin Moloney for the New York Times)